How do you stay connected with friends and family when far away? How will Mars astronauts when they’re 400 million kilometers away? In this fascinating talk, learn about NASA’s vision for the future manned mission to Mars, and how a team of researchers are building the next generation communications tool using virtual reality to provide psychological health and social support to our explorers as we venture beyond lower Earth orbit!

UTC is a fortune 50 company serving the commercial aerospace, defence, and building industries and ranks among the world’s most respected and innovative companies. Ms. Wu will speak about her prior NASA-funded work investigating VR to support future Mars missions. 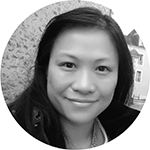 She is the primary investigator on research using Virtual Reality to support NASA’s future Mars missions as well for health applications on Earth. She has been responsible for obtaining research and consulting funding from diverse governmental and commercial sources, has authored more than 60-reviewed publications, two book chapters, and holds three patents.