Intellectual Property and Technology Law: A Primer for High-Technology Professionals 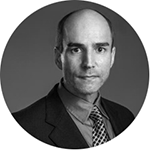 Steven M. Cohen focuses his law practice on securing and protecting all forms of intellectual property assets, from patents to trade secrets, copyrights, trademarks, licensing IP, and open source software use and compliance. Prior to becoming an attorney, Steve was a computer graphics programmer who worked with the original version of the CAVE at the Electronic Visualization Laboratory at University of Illinois, and later was a principal architect and developer for a Virtual Set technology system from ElectroGIG that combined real-time computer graphics and live video with tracking systems, and produced the first live broadcast to use such a system for ABC Studios in NYC.

Intellectual Property and Technology Law: A Primer for High-Technology Professionals