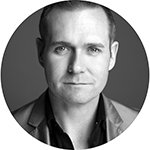 Alan Smithson is an entrepreneur and investor who has always been on the cutting edge of emerging technologies. After graduating from University of Guelph with a Molecular Biology degree, Alan realized technology and music were his passions. He pursued a career in the DJ industry which developed into an AV Production & DJ Company, Star Productions Inc; leading to the creation of the EMULATOR, the world’s first touchscreen DJ System. His latest endeavour as Co-Founder & CEO of MetaVRse has entered him into the world of virtual and augmented reality experiences, becoming a leader in business applications for AR/VR and providing insight into this exploding field of technologies.

Alan has been recognized as an industry pioneer, and was recently mentioned in an article on “10 Virtual Reality Leaders you should follow in 2016”. Equally comfortable behind a turntable or a group of Fortune 500 executives, Alan continues to evolve MetaVRse and its innovations, and is working on his third book, “Virtual and Augmented Reality for Marketing”. 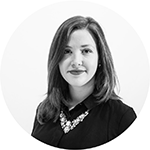 Christine is Associate Director of Production at Thinkingbox and at heart, a problem solver. Her range of skills and experience combined with big-picture thinking gives clients creative and feasible solutions for any goal. To date, Christine has delivered a wide range of projects including VR, 360 videos, AR, games, apps and websites 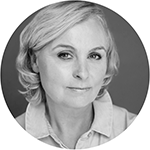 Angela Bowen’s career spans commercial, broadcast and feature film projects, having led Psyop and MassMarket as Executive Producer for a decade, where her teams created award-winning projects for Coke, Michelin, Samsung, and Nike. Most recently, Bowen was the Executive Producer at The Colony and Afterparty VFX where her teams delivered the VFX for Danny Collins, starring Al Pacino and Annette Bening. 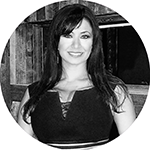 Sonata Taman, CEO & Principal Advisor, Luminaire Advisors: Sonata Taman is a distinguished International Business Strategist and Process Engineer with extensive experience within Fortune 500 corporations, such as ExxonMobil, and Proctor & Gamble. She is the CEO and Founder of Luminaire Advisors, a Growth Strategy Firm specializing in customized Fortune 500 strategies. Luminaire Advisors focuses on accelerating growth for Small and Mid-sized businesses in Virtual Reality, Entertainment & Film, Tech, SaaS and the Communications industries. Sonata is an international speaker and a leading voice in Tech, Virtual Reality and Women in Engineering. Sonata plays a significant role in Virtual Reality as the Chief Strategy Officer of VRTUALITY, a leading Virtual Reality studio focused on evolving blockbuster visual effects technology into fully immersive VR experiences.

Sonia has been passionate about the Internet and its forward movement in Canada from the start. Bringing 20 years of experience touching virtually every aspect of digital marketing, she brings a well-rounded perspective to support the best interests of IAB Canada’s tripartite organization and its members.

Sonia has led global digital strategy initiatives for international brands including Gillette, Heineken, General Motors, RBC, Coca-Cola and Spin Master Toys. Her work has included every discipline of online media and her specialities range from performance marketing to social media strategy and start-up strategy. She has also consulted industry associations and many publishers to help navigate the disruptive media landscape.

Her passion for the industry continues in the role of President of the Interactive Advertising Bureau of Canada where she continues to help drive the industry forward and put Canada on the global stage for online media innovation.