Artist-run organisations have a long and unique history in Canada. They are non-profit or cooperative corporations, with members who elect a board of directors to govern the organisation as per the instructions of the member artists.

Artist-run media art centres typically provide access to production resources as well as training. The first equipment access centre for artists in Canada was founded 45 years ago. Trinity Square Video has been able to foster and support the birth of many other similar organisations which formed the foundation of our digital media culture of today. Their example has inspired a generation of artists, not only in Canada but internationally.

Media artists rise to the level of technology they can access. Media art centres make prohibitively expensive technology available to artists. Their art is driven by personal vision, not corporate interests or politics. Independent artists are a research engine for new media. They create content that demonstrates the range of possibilities for a particular technology. In short, artists contribute to the success of new technology, great content leads sales.

In Canada, we have cultivated a tried and true infrastructure for private industry to partner with artists by supporting artist-run media art centres with financial and/or equipment donations. Equipment manufacturers and software vendors can be certain their support will be made available to the maximum number of artists in an honest, reliable and democratic process.

Executives from five artist-run media art centres will describe their organisations’ success over the years in supporting new media artists as well as their current developments in virtual reality.

They are, from Toronto, Trinity Square Video, Charles Street Video, Gamma Space, and Dames Making Games and The Squeaky Wheel from Buffalo. 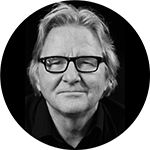 After graduating from York, Bill founded or co-founded numerous organizations and projects including Starside Softworks, Computerese: The Electronic Media Magazine, Telidon at Trinity Square Video, Toronto Community Videotex (aka InterAccess), Videopage, Wm. Perry: Digital Text Services, Meaford Business News, The Colour Workshop, Comedia, The Copy Chai and The Friday Cafe. He is also the creator of “ART vs Art: A Videotex Documentary” and published several books, including the best selling “Be Nice In 60 Languages” and the better selling “Be Rude In 60 Languages”. 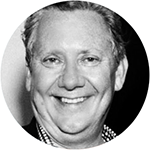 David Plant is the Executive Director of Trinity Square Video, Canada’s oldest artist-run centre focussing on media arts which has been supporting innovation in media arts practice since 1971. As Toronto’s Film Commissioner, he assisted over 1200 film producers internationally, has credits on Academy Award-winning films such as Good Will Hunting and has produced feature films, shorts and experimental films appearing in major film festivals. Twenty years ago he was at the forefront of the early days of VR and computer graphics when he led business development activities for SGI (Silicon Graphics Inc) in Media and Entertainment and his clients included Disney, Dreamworks, ILM, IMAX Corporation, Electronic Arts, and software companies Alias, Softimage, SideFX, Avid and Discreet Logic. He is a member of the Academy of Canadian Cinema and Television, and a director of the Media Arts Network of Ontario. 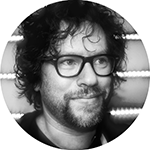 Henry Faber develops inclusive communities, mentors artists, and produces digital projects as a founder of the not-for-profit Gamma Space Collaborative Studio and of the multidisciplinary VR creative company, New Tropics. He is the president of TMAC (Toronto Media Arts Centre), working hands-on with Toronto’s media arts community to develop an accessible hub at the intersection of arts, technology and public engagement. 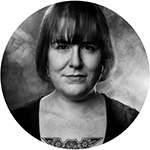 Jennie Robinson Faber is a creative technologist focused on empowering collaborative communities. She’s the executive director of Dames Making Games, a video game arts organization; head of engineering at Toy Temp, a VR production studio; the vice president of the Toronto Media Arts Centre; and co-founder of Gamma Space, a workspace and event venue for video games and VR.

Greg Woodbury has worked in media art for over 25 years in artist-run centres and post-secondary institutions, and through his own art practice. He has produced several single channel videos and installations, and fostered the work of independent film, video and sound artists through administration, teaching, advocacy, technical support and creative collaboration. He currently co-directs Charles Street Video. 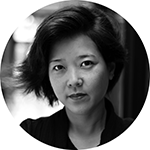 Maiko has worked as a curator for prestigious and widely recognized not-for-profit arts institutions in Canada and abroad, including one of the first artist-run centres, and oldest media arts centre in Canada, Trinity Square Video, the culturally diverse arts organization, Gendai Gallery, Nuit Blanche at OCAD University, the Justina M. Barnicke Gallery (now the Art Museum at the University of Toronto), InterAccess – an artist-run-centre for electronic media art, as well as the internationally recognized Casco – Office for Art, Design, and Theory in Utrecht, The Netherlands where she has co-curated the three-year research, residency, exhibition and touring project “The Grand Domestic Revolution (GDR)”. As a writer, Maiko has contributed to deepening the conversation about art in Canada through her work in leading magazines such as Fuse and C Magazine, the latter of which she serves on the editorial advisory, and she has co-edited publications including The Grand Domestic Revolution Handbook published by Casco and Valiz, and Model Minority, published by Gendai Gallery and Publication Studio.