As the VR Ecosystem in Canada and other jurisdictions in the world evolve, stakeholders from the public sector to consumers have a role to play to create the type of VR Future we want. Hear Ana Serrano speak to the top ten things we may want to do to create A successful, sustainable, inclusive and respectful VR Future. 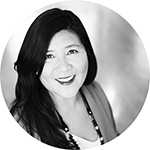