In this presentation, Bernie will be walking us through the creation of a simple Social VR application from start to finish. Beginning with an overview of existing systems and their features, he will take us step by step through the development process including such topics as locomotion in a virtual space, creating simple avatars, implementing multi-user capabilities and adding spatialized voice chat with basic lipsync. The first part of the presentation is non-technical, but the second part requires at least some knowledge of Unity. 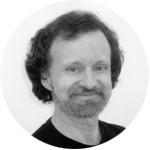 Bernie Roehl began work in the field of VR back in the early 1990s. Working with a student at the University of Waterloo, he created the world’s first open-source VR library, “REND386”, which allowed hobbyist developers to begin experimenting with the technology. He subsequently created the AVRIL library as a follow-up to REND386. His work led to him winning the 1995 Meckler award for software.

Roehl was active in the early development of VRML, and was the chair of the 1998 VRML Conference. He contributed to the development of the VRML standard and co-created the VRML Humanoid Animation specification, elements of which were later incorporated into MPEG-4. He also created Canada’s first college program in virtual reality for New Brunswick Community College. He co-developed 3DNA, the world’s first true virtual desktop software, for the company of the same name.

With the recent resurgence of VR, Roehl has had the opportunity to work on numerous exciting projects. Notable examples include

He has been asked to contribute a chapter for the upcoming book “VR Gems”.