Adam Cosco pisses people off. How dare he move the camera like that in spherical video?

In this session, Adam will discuss how he got into VR, VR production in general, tricks of the trade, how to break into the VR industry and his thoughts on the future of VR 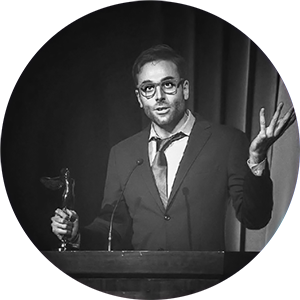 His third VR film, Knives, incorporates his editing style with an entirely fluid camera. It was nominated for a Lumiere Award, a Proto Award and won Best VR Experience at the 2017 Sitges Film Festival, which marked the first time this award has been given in 50 years of this acclaimed film festival’s history. His next VR film, Rose-Colored, premiered at VRLA and won the 2018 Lumiere Award for Best Live Action VR Film.

He is currently in pre-production on his sixth VR film, entitled HYPER REAL.

Adam is represented by UTA.