Non-invasive neural interfaces have the power to crack open previously unimagined degrees of freedom in HCI. Adam Berenzweig of CTRL-labs outlines a near future in which developers can engage the motor nervous system to make computing feel like a natural extension of thought and movement. CTRL-labs’ SDK, CTRL-kit, allows developers to address urgent problems of immersion and control in XR, robotics, productivity, and clinical research. In this session, Adam will discuss how recent advances have cleared the path for practical neural interfaces to finally materialize, and how this will enable HCI to progress to an entirely new computing paradigm. 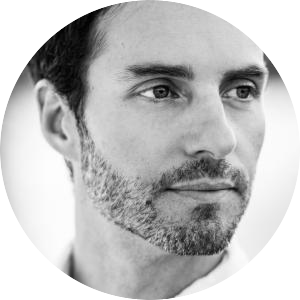 Adam Berenzweig has been building technology around machine learning and AI for over 15 years. He’s currently the Director of R&D at CTRL-labs, building the world’s first practical, non-invasive neural interface — a device worn on the arm that taps into the flow of information from the brain to the hand. Previously he was the founding CTO of Clarifai, an early pioneer in deep learning and image recognition. From 2003 to 2013 he was a software engineer at Google, where he built the music recommender for Google Play Music, and worked on Photo Search and Google News. He received his PhD from Columbia in 2006, and played in several bands you’ve never heard of.