…as our horizon between digital and physical fades,
it is at the interface between real, and unreal,
where we will make schemes,
to dream new dreams!
The talk will dwell on the future of sharing and exploring worlds both physical and virtual,
in the context of JanusVR and a growing metaverse. 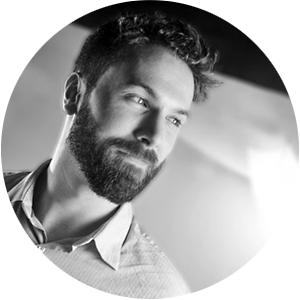 James McCrae is the CEO and co-founder of Janus VR, an immersive and collaborative web browsing and design platform. He holds a PhD in Computer Science from the University of Toronto. His PhD work won the best Canadian Dissertation award 2014, and was commercialized as the modeling and fabrication software FlatFab. He was also given the Inventor of the Year award by the University of Toronto in 2015. 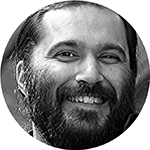 Karan Singh is a co-founder of JanusVR. JanusVR is an immersive and collaborative web browsing and design platform. Named after the Roman God of passages, JanusVR re-imagines internet content as multi-dimensional VR experiences, interconnected by portals. Karan is also a Professor of Computer Science at the University of Toronto, where he co-directs a reputed graphics and interaction lab, DGP. His research interests lie in art and perception driven interactive graphics spanning geometric design and fabrication, character animation, and interactive techniques for AR/VR. He has over 100 peer reviewed publications, and has supervised 30 MS/PhD theses. He built the character and facial animation tools for the Oscar award winning software Maya 1.0, was the R&D Director for the 2004 Oscar winning animated short film Ryan, and is also a co-founder of JALI Research.