Documentary film is an art-form as old as cinema itself. It continues to evolve as technology pushes visual media into new frontiers. ‘The Choice VR’ (in-development) is an immersive volumetric documentary exploring the diverse reasons people choose to have an abortion.

Originally conceived as a traditional film, the advent of consumer virtual reality presented opportunities to fundamentally change the relationship a viewer can have with the subject matter. While balancing the finite resources of a documentary art project, the scope grew from a simple 360 video into an internally developed stereoscopic volumetric 6-DOF capture process. Leveraging “person presence” over traditional world presence, the volumetric subjects break down the abstract barriers between them and the viewer in a way never before possible.

During this talk, Director Joanne-Aska Popinska and Producer Tom C. Hall will cover how as filmmakers they are approaching the on-going challenges of adapting documentary into the virtual realm, using technology, documentary traditions, dynamic narratives and guerrilla filmmaking ingenuity. 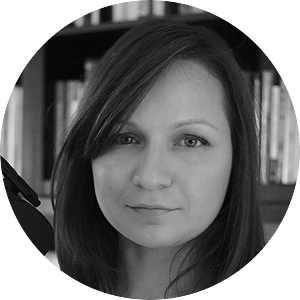 A Ph.D. Candidate at the Polish National Film School, Joanne-Aśka Popińska immigrated to Canada to pursue filmmaking and activism. She is the Co-Founder of Tribe of Pan, an Immersive Media Studio based in Toronto, Canada. Former Artistic Director of the 3D IMAGE Film Festival in Łódź, Poland, she is at the forefront of the bleeding edge of cinema and technology.

As a documentary filmmaker, Joanne-Aśka dedicates her creative vision to share some important messages about the issues that we often quickly “scroll through”: human rights, animals rights, environment. By using the newest technology and various narrative techniques, she searches for the ways to make the audience care, even if they thought they were not yet ready to listen. 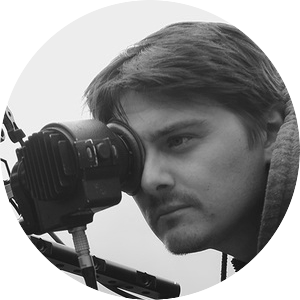 Traveling all around the globe, Tom C. Hall is an award-winning Stereographer, Cameraman, and Virtual-Reality Filmmaker. He is the Co-Founder of Tribe of Pan, an Immersive Media Studio based in Toronto, Canada. Tom is constantly exploring how emerging technology can enable storytellers to better connect with their audiences and drive the art form into new possibilities.

As a leading technological innovator, he made possible the Canadian Screen Awards nominated Sesqui Horizon: A 360 Journey, a large format 360° film experience to celebrate the 150th anniversary of Canada.