“The Beautifully Specific Mind” – Bringing Back the Frame in Cinematic VR 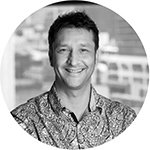 A leading figure in the creation of participatory narratives he brought the underground genre of Alternate Reality Gaming into the Television mainstream, culminating in the Emmy Award winning genre-benders Fallen and Regenesis. In 2007 Thomas Wallner pushed the boundaries of nonlinear story telling even further by developing the story concept for Late Fragment, Canada’s first interactive feature drama produced by the National Film Board and the Canadian Film Centre.

Thomas is the founder of DEEP a German and Canadian based studio dedicated to exploring and defining the evolving language of cinematic VR. To meet this exciting aesthetic and technical challenge, DEEP is developing LIQUID CINEMA, a software platform and toolset that allows filmmakers, producers and broadcasters to create and distribute story based 360 and VR content across the web, mobile and VR devices.

“The Beautifully Specific Mind” – Bringing Back the Frame in Cinematic VR