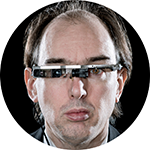 Steven Mann (born 1962) is a Canadian researcher and inventor best known for his work on computational photography, particularly wearable computing and high dynamic range imaging. Prof. Mann holds a PhD in Media Arts (1997) from the Massachusetts Institute of Technology and a B.Sc., B.Eng. and M.Eng. from McMaster University in 1987,1989 and 1992, respectively. He was also inducted into the McMaster University Alumni Hall of Fame, Alumni Gallery 2004, in recognition of his career as an inventor and teacher. While at MIT, in then Director Nicholas Negroponte’s words “Steve Mann…brought the seed” that founded the Wearable Computing group in the Media Lab and “Steve Mann is the perfect example of someone…who persisted in his vision and ended up founding a new discipline.” In 2004 he was named the recipient of the 2004 Leonardo Award for Excellence for his article “Existential Technology,” published in Leonardo 36:1.

Mr. Leonard was recently named by The Producers Guild of America, in association with Variety Magazine, as one of its “Digital 25”, recognizing the twenty-five leading visionaries, innovators and producers who have made significant contributions to the advancement of storytelling through digital media. The Guild’s 4,500 members, including producers of film, television and new media, along with a distinguished Digital 25 Advisory Board, voted Mr. Leonard for this honor. Other recipients include directors James Cameron and Ridley Scott, and Facebook’s founder, Mark Zuckerberg. 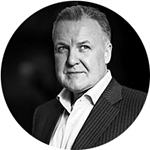 Robin Ingle is a Canadian entrepreneur and a specialist in special risk insurance, travel security and healthcare who currently serves as the chairman and CEO of the Ingle Group of Companies. Ingle has been in the insurance industry for over 38 years. He is frequently consulted by the media and the insurance industry as an authority on travel insurance, global security and health care issues. 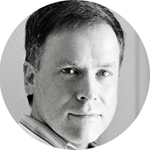 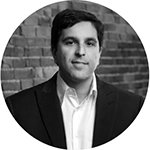 Daniel Braverman is an attorney and entrepreneur with an interest in the intersection between civil liberties and technology. As an undergraduate student at Princeton University, Daniel founded a campus chapter of the ACLU to combat the University’s practice of surveilling students through dormitory key cards. Daniel’s previous experience includes legal counsel and executive management positions in a variety of industries, including financial services, software, and banking. Daniel is currently the Founder and President of St. Anthony Capital Partners, a sector-specific private equity firm in Manhattan. Daniel received his Bachelor of Arts degree from Princeton University and his law degree from Harvard Law School. 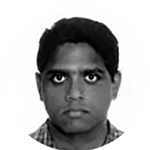 Mir Adnan Ali is the Founder and CEO of CG Blockchain Inc. Adnan previously served as the CIO at InteraXon Inc. More recently, he served as Chief Scientist for Visionertech, where Adnan developed a novel microchip for signal processing and mediated-reality applications. He has been developing wearable systems for mediated reality and human augmentation for over 15 years, often in collaboration with Steve Mann. Adnan is co-inventor of six patents, and has written many scientific papers. 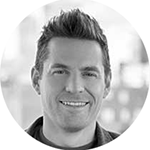 Graeme leads neuroscience research and health and wellness applications for Muse. He has over a decade of research experience in psychology and neuroscience and in scientific management. Graeme served as managing editor of Frontiers in Neuroscience, the largest journal series in psychology and neuroscience, and of Frontiers in Neurology and Frontiers in Psychiatry. His experience has included research engineering at Neurelec/Oticon and graduate/postgraduate work at the National Scientific Research Centre (CNRS) in France. Graeme holds a PhD in neuroscience from Université Aix-Marseille. He is currently a TalentEdge Fellow of the the Ontario Centres of Excellence and a member of the Centre for Responsible Brainwave Technology (CeReB). In his spare time, Graeme throws frisbees and (occasionally) axes.