As we begin to live more and more of our lives online in virtual spaces, how will we choose to represent ourselves digitally Quantum Capture will present its methods for digitizing humans and explore how we will showcase ourselves in VR 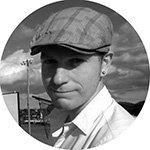 After graduating with honors from Seneca College’s School of Communication Arts in 2008, Morgan was immediately hired at Ubisoft Toronto as a founding member of the studio’s art team. While at Ubisoft, Morgan shipped several blockbuster titles such as Splinter Cell Blacklist, and Assassin’s Creed Unity, as well as aiding in pre-production for several other unannounced titles.

In his role as Quantum Capture’s president, Morgan has led the course growing Quantum Capture from an early concept, to an industry leader inside a fast paced and competitive market. Morgan has guided the company through designing its state of the art photogrammetry rig and pipeline, securing funding, and developing an identifiable brand and a trusted level of product and service for the company’s clients. 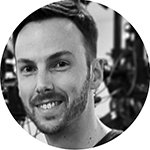 Craig Alguire is a technical artist and 3D developer with experience in both the indie and AAA sectors. Emerging technology and R&D are his primary passions. Craig was the Technical Director at 3Di Solutions for four years before joining the VFX team at Ubisoft Toronto. 3Di Solutions were pioneers in interactivity utilizing massive touchscreens and gesture technology for games, TV and installations.

While at Ubisoft, Craig shipped Splinter Cell Blacklist, Far Cry 4 and an unannounced title. Since 2008 he has also been a Professor at Centennial College teaching the Unreal Engine and game design to the next generation of game developers. With his current venture, he has designed and constructed a 3D scanning system and asset production pipeline capable of producing photorealistic real-time graphics with a specific focus on creating digital humans for VR.