In the early 80s, videotex was a seminal development in the origin story of the world wide web. It was the transition between dumb terminals accessing text only data on mainframe computers over phone lines AND billions of personal computing devices sharing detailed colour images, sound and full motion pictures. Canada was at the forefront of videotex globally, with a system called Telidon. 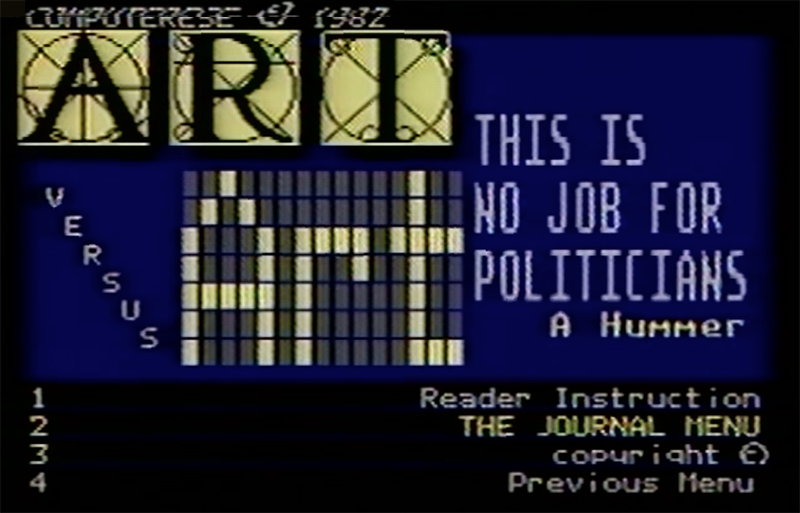 Videotex was also the birth of a new narrative art form, never before possible, known as “interactive art”. It was the transition between passively watching/viewing/reading TV, radio, etc. AND actively participating in the outcome of a story. Suddenly, it was possible to write stories that could question readers. The reader could go to any point in the story in the time it took to get to the next point. For artists, It was heady stuff.

Bill Perry created numerous interactive “information packages”, including “Computerese: The Electronic Media Magazine”, “ART vs Art: A Videotex Adaptation” “Leonardo Da Video” “The MicroEntrepreneur” and “Pictures of Democracy”. Perry was in good company. Numerous other Canadian artists created Telidon video and videotex art. But, over the ensuing years, this art all but disappeared, due to changing technical standards. 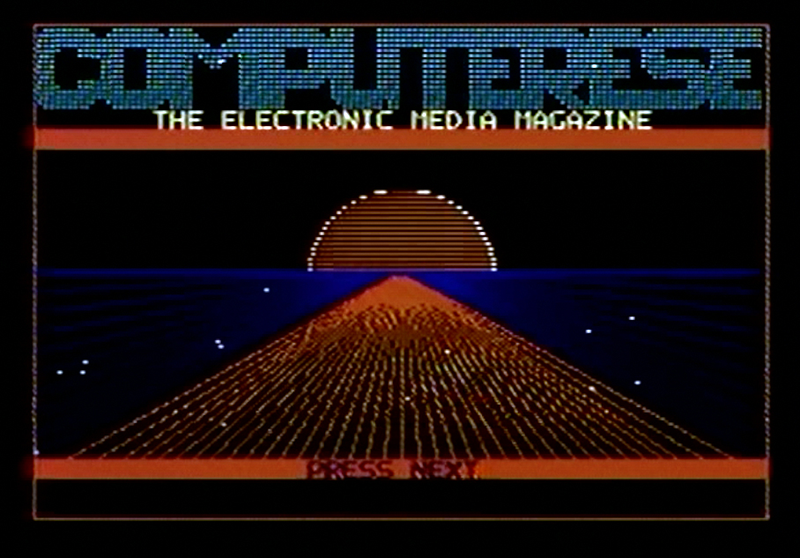 Then, in 2017, 72 minutes of Bill’s art was found on a 35-year-old VHS tape at Artexte, an art archive in Montreal. Simultaneously, art by a couple dozen other artists has been recovered, thanks to a modern day Telidon pioneer John Durno, Head of Library Systems at the University of Victoria.

Bill Perry will describe how Canada was at the forefront of these intertwining stories of technology and interactive art. He will premiere the restoration-in-progress of his “ART vs Art: A Videotex Adaptation” to show how narrative art was transformed in the 80s. He will also share his newfound enthusiasm for archives and digital archeology, asking “Where will your VR art be in 35 years?”

This Canadian dial-up art is older than the internet, and was long thought to be lost — until now.
May/2018 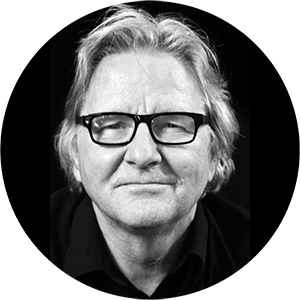