Developing a new medium is exciting and frustrating. Many frustrations come from conceptual
diversions in which the framework limitations have yet to be understood. New artistic mediums
are variations of past mediums, so we can gain valuable wisdom, time and competitive advantage
by understanding what has been accomplished. The framework presented here is that effective
AR/VR principles will borrow significantly from ideas developed over thousands of years of
theater practice and are effective as guiding principles for effective creation of AR/VR. Further,
by incorporating in the wisdom of theater we can avoid some major pitfalls that AR and VR are
prone to.

“There is a willow grows aslant the brook that shows his hoar leaves in the glassy stream”
-William Shakespeare, Hamlet

Theater is predicated on the willing suspension of disbelief. The audience wants to enter into the
story world and only needs inspirational markers to guide them along. It is important to review
the styles of theater over the ages to compare and contrast the effectiveness of various theatrical
techniques. Some of these techniques include word imagery, stylized and efficient scenery,
audience focus, forced perspective, social decorum of theater, spectacle and full realism. Each of
these techniques has strengths and weaknesses so identification and discussion of these principles
is the first critical step in discovering applications. Specific applications of each principle will be
presented. 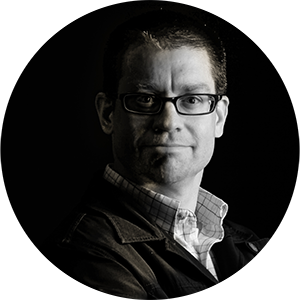 Brave Williams is an Assistant Professor in Entertainment Production and the project lead for the IEX Center for interactive and immersive experiences at Husson University in Bangor, Maine. The IEX Center began in 2016 with a one-million-dollar anonymous donation and is focusing on strong collaborations between business, IT and design fields in order to share progress with Husson University and the global community. Brave holds his MFA in set design from The University of Alabama and a BA in theatre from The University of Maine; he has designed scenery the world’s sixth largest Shakespeare festival and statewide television broadcasts, as well as designing projection for a variety of stage productions.