Panel – Access: Who, Where, How YOU Can Get Into The GAME

An interactive talk with community leaders who are paving the way to bring industry resources, training and experiences to content creators and audiences across a range of platforms. Where do you start? The conversation will interweave access to opportunities, diversity in storytelling, distribution platforms and the importance of artist resilience. 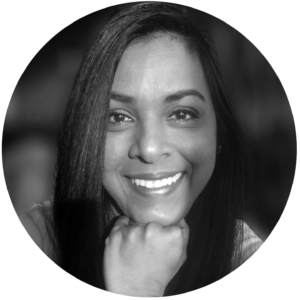 Shenaz Baksh is a leading screen industry professional with a focus on sector and community development through education. A career spanning over two decades in Guyana and Canada she is the Screen Industries Business Development Specialist at Sheridan College Continuing and Professional Studies (CAPS), and Education and Outreach Coordinator at the Liaison of Independent Filmmakers of Toronto (LIFT).

She dedicates her expertise to managing educational programs, and annually creates and delivers 200+ film, digital, interactive media, virtual production and virtual reality workshops and community projects that impact approximately 1000+ local and international content creators. She is an Epic Games Unreal Virtual Production Summer 2021 fellow and has been spearheading training programs for storytellers to develop a strong command of state-of-the-art virtual production tools, in the emerging field of real-time production. 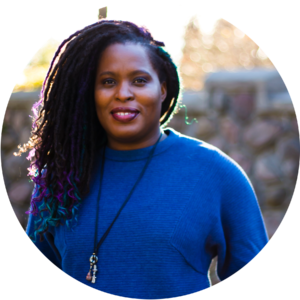 Kadon Douglas is the Executive Director of BIPOC TV and Film, a Toronto-based national nonprofit and grassroots movement advocating for racial equity, Indigenous sovereignty and decent work practices in the film and TV sector.

Prior to BIPOC TV and Film, Kadon led marketing and communication strategies at The Creative School at Toronto Metropolitan University and Women in Film and Television. She is also a two-time fellow of the Hot Docs International Film Festival and has a background in documentary filmmaking. Kadon sits on the boards of the Future of Film Showcase and the Canadian Independent Screen Fund for BPOC Creators. 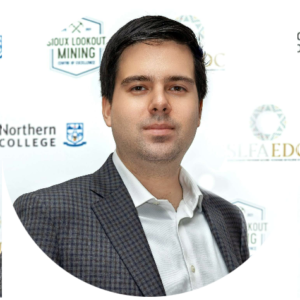 As a member of the Oneida of the Thames Nation, Jake has spent his life promoting Indigenous economic development. With a Juris Doctor from the Osgoode Hall of Law, and an MBA from the Degroot School of Business at McMaster, he has spent the last 6 years on the ground working with Indigenous Communities across Central Canada.

Jake is currently the Executive Director of the Sioux Lookout Friendship Accord, a joint venture created by the communities of Kichenuhmaykoosib Inninuwug, Slate Falls First Nation, Lac Seul First Nation, and Cat Lake First Nation to foster the economic growth and prosperity of the signatory communities and provide lasting opportunities for our people and the region as a whole. Most recently the SLFA successfully secured funding for the creation of an new addictions and treatment center in Northern Ontario.

Outside of business, last year, Jake Produced the award-winning documentary film, “I’m Not an Indian” on Crave. This film generated national discussion and was even the focus of a speech on the Canadian Senate floor on National Indigenous People’s Day.

Keram is the founding executive director of the VRTO World Conference & Expo and the FIVARS Festival of International Virtual and Augmented Reality Stories, CEO of Constant Change Media Group, Inc., and editor-in-chief of IndieGameReviewer.com since 2007. He was named one of the “Top 100 Original Voices of XR” in 2021, and awarded “Creator of the Year” by his industry peers at the 2022 Poly Awards that celebrate excellence in WebXR development and design.

He has given talks and been featured in interviews from the New Yorker to WestJet Magazine and contributed essays to several books including the Handbook of the Global Impact of Immersive Media (edited by Jacki Morie and Kate McCallum), Dycorpia (Marilene Oliver, Daniel Laforest) and 2022 Pew Research report on the Metaverse in 2040.

He is a graduate of the Producing and Cinematography programs at UCLA Extension where he is now also an instructor teaching Blender for WebXR.

Panel – Access: Who, Where, How YOU Can Get Into The GAME